CIC energiGUNE, the Basque research center of reference in battery storage, thermal energy solutions, and hydrogen, and member of the Basque Research & Technology Alliance BRTA, has become the first organization of its kind to count with a Scientific Leadership led by women. “It is the natural consequence of the professional development of our workforce, comprised of 50% men and women”, has expressed Asier Urzelai, Director of the People area at CIC energiGUNE, who is “proud that the workforce’s assessment in the last equality survey has been very good; now it is our time to work on bettering several aspects on conciliation that cause worry to the centre and to society in general, which have been emphasised in this working from home framework accelerated by the COVID crisis”.

In its General Manager’s opinion, Nuria Gisbert who was one of the first women to take the responsibility of directing a Cooperative Research Centre, the leadership area cannot be unaware of the increasing female presence in the field of research. “It is not a situation which we have forced; it is that the reality and the worth of the people that work here have led to this stage”.

This way, the Centre now counts with a female Scientific Director in both of the two main research areas: the thermal area and the electrochemical area. Doctor Elena Palomo, with a widely internationally renowned trajectory, was one of the first scientists to take up a managerial position in an organization dedicated to research in the Basque Country. Presently, she is responsible for the Scientific Management in the area of Thermal Energy Solutions.

As responsible for the Thermal Energy Solutions Area, Dr. Palomo leads the research groups "Solid State Chemical Reactions", "Phase Transitions and Critical Behaviors", "Interfacial phenomena, colloids and porous media" and "Heat Transfer Intensification". She has also been involved in the management of European projects, both in the leadership -managing 6 projects- and in the evaluation of the FP6, FP7 and H2020 framework programs, and has combined this work with the industry sector, where she has led more than 20 projects with companies.

The incorporation to the leadership team of doctor Montse Casas-Cabanas at CIC energiGUNE is more recent. Since the beginning of 2020, she holds the position of Scientific Coordinator of the Electrochemical Energy Storage Area, as a culmination of a career plan and mentoring process developed during several years at the Centre. 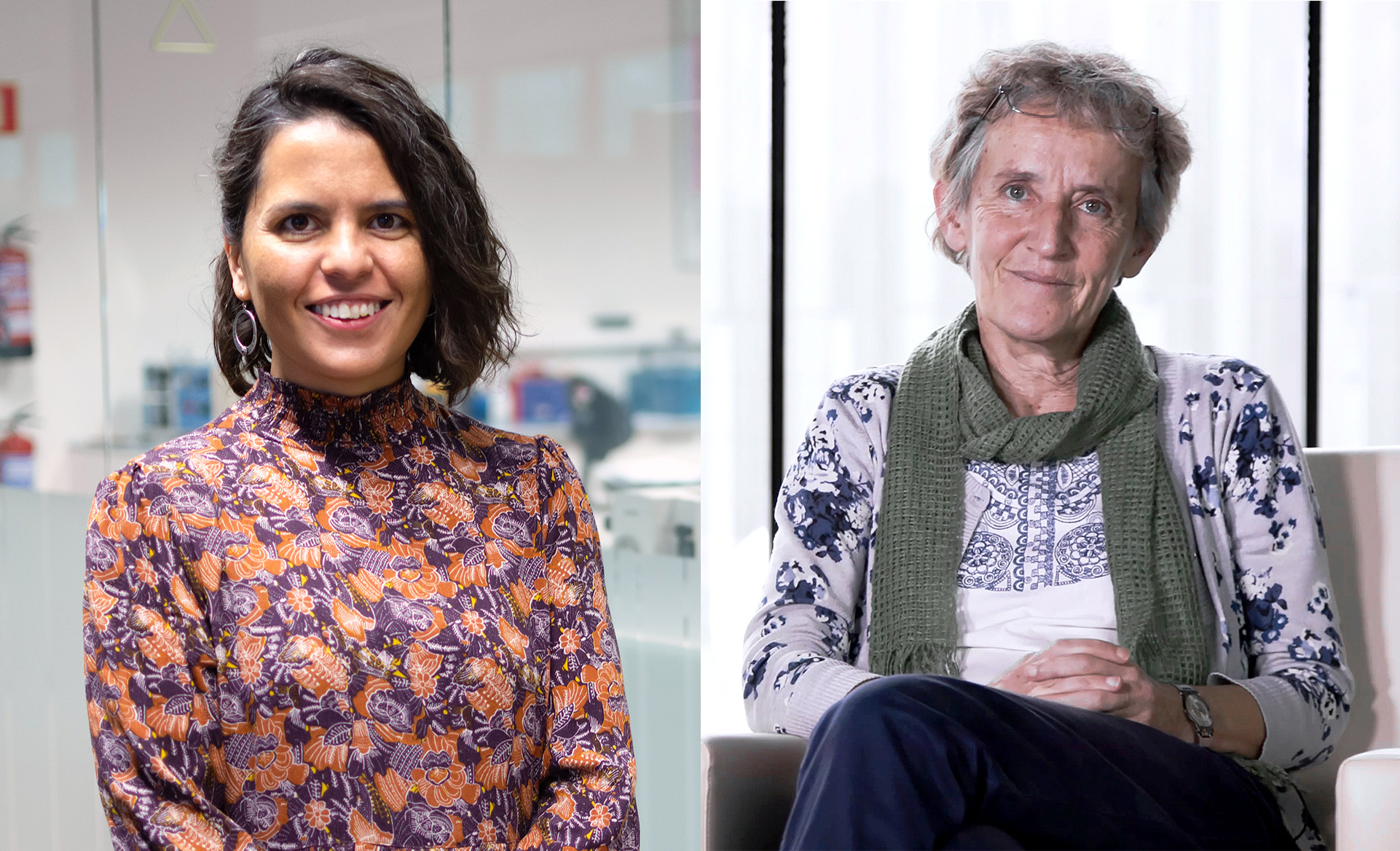 “Research work, as many other aspects in life, is only subject to the capacity of people, and the presence of women in the formative stage as well as in the professional one should be, at least, as large as the male one”, claims Montse Casas-Cabanas. “Nobody should think it strange to see a woman at the forefront of an area of scientific responsibility” states doctor Casas-Cabanas. In her opinion, models like CIC energiGUNE’s, which are based on the promotion exclusively based on the merits of people, demonstrate that women’s lesser presence in positions of high scientific responsibility is an anomalous factor unconnected to the reality of science in general.

In this sense, Montse Casas-Cabanas is now also responsible for the leadership of the groups of "Modelling and computational simulation", "Advanced Electrode materials", and "Integration of advanced electrolytes and cells". Moreover, it should be highlighted that she has been involved in the development of the FAULTS program, which has turned into a usage reference among researchers and professionals of the battery industry, and her position as Principal Investigator of various European projects and national plans.

“We look for and retain the best scientist in the field of storage, whether they are men or women and we promote diversity”, concludes Asier Urzelai about the presence of women in leadership positions in entities connected to science and technology. “The trajectory that we have taken here, without undertaking any specific measures about it but helping in the professional growth of each person, is just a natural process that inevitably leads to equality”.

CIC energiGUNE’s reality, nevertheless, is very different to that of the rest of the research centres in the Basque Country, as the last report published by Ikerbasque reveals. The data collected about women’s presence in science reflects that the gender gap lingers on and that, in fact, it increases as the research career advances.

In this sense, the document records that, even if the number of doctoral students at the Basque CICs is practically equal among men and women, women who decide to continue in science after having obtained their doctorate decreases progressively and the largest loss is reflected when it comes to leading their own laboratories and research groups, until it reaches a proportion of 90-10. CIC energiGUNE is, therefore, a prominent exception in this field.