Professor Kilner is B.C.H. Steele of Energy Materials, former Head of the Department of Materials and former Dean of the Royal School of Mines at Imperial College London. He is also a Principal Investigator at the International Institute for Carbon Neutral Energy Research in Kyushu, Japan.

He is currently European Editor for the Journal Solid State Ionics and co-founder of the successful spin-off company CeresPower Ltd.

He is Scientific Advisor of CIC energiGUNE in materials strategy and in the field of ceramic electrolyte research.

He has been involved in the research of advanced electrical ceramics for 30 years and has published more than 400 articles in this and other fields related to materials science. He also holds several patents relating to fuel cells and gas separation devices.

1. How do you see the future of solid state automotive batteries?

In my opinion, solid-state batteries are essential for the development of a safe and high performance electric energy storage system for the large scale deployment of electric vehicles. Electric vehicles are already available, but they have some limitations that need to be addressed before their wholesale adoption can take place.

As is usual with technology such as this, it is essential that the new system outperforms what is currently available, in order to gain market share. In this, the solid-state battery excels in two ways.

The first is the ability to use lithium metal for the battery anode to achieve high energy density, and therefore, greater range in the electric vehicle. This is because lithium is very corrosive and requires a chemically inert material for use as an electrolyte, which has to be in firm contact with the metal anode. In this way, ceramic materials become ideal since they are very resistant to corrosion processes.

The second aspect is safety. Current lithium-ion technology requires a liquid or gel electrolyte that is flammable and toxic. So there can be problems with batteries such as overheating and fires that have occurred in electric cars or in the Boeing 777 aircraft (hence the current ban on lithium batteries in aircraft hold luggage). This overheating can happen when the battery is short-circuited internally either by accident or by an internal fault, and the high temperatures generated can lead to a fire.

Solid-state batteries are much more robust against such accidental damage, and the electrolyte itself is non-flammable, unlike liquid electrolytes. This makes the solid state battery a very attractive prospect for future batteries in electric vehicles.

2. When will solid state batteries for the electric vehicle come to market?

It is difficult to predict because it depends on issues which are multifactorial.

The research and development to make these batteries to provide workable prototypes will only take a few more years, perhaps 3-5, but this is an inexact forecast as a breakthrough could occur at any time.

Large-scale manufacture and deployment will depend on rapid technology transfer, which should not be a problem if governments provide sufficient impetus. In fact, the current aim to decarbonise the energy landscape in a sufficiently short time (2050) to affect climate change will need strong incentives to provide alternatives to combustion engines and to adopt electrical alternatives. 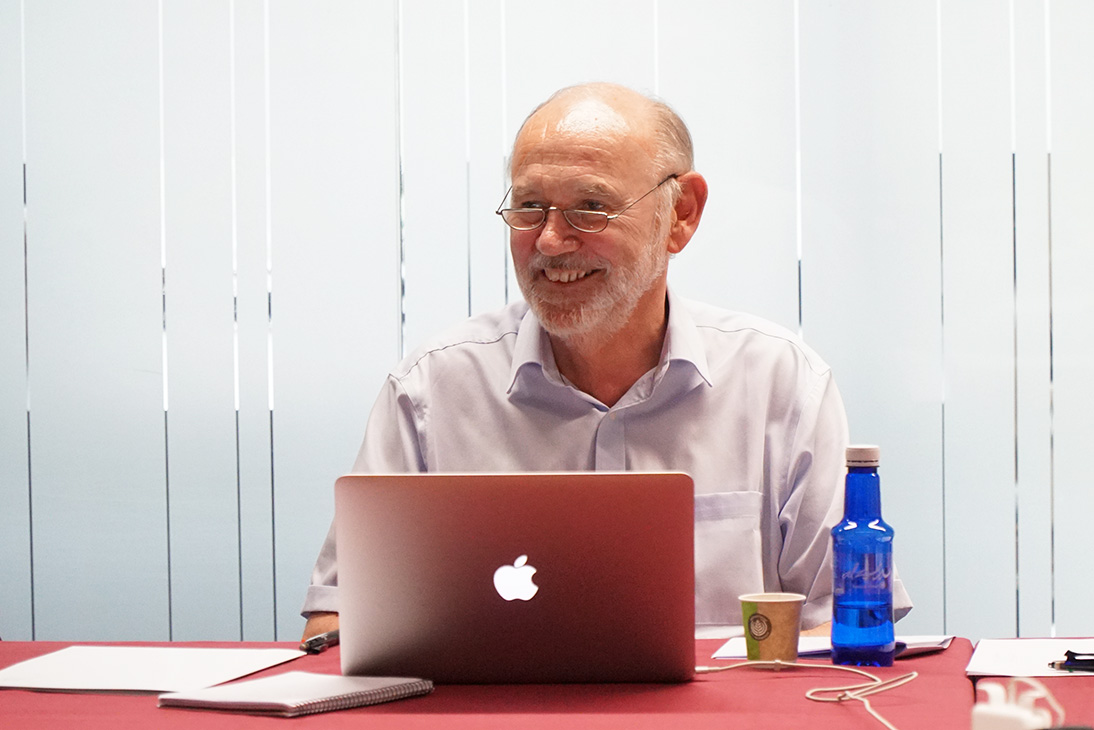 3. What are the research trends? What technologies are you working on?

We are working on several aspects of the development of solid-state batteries for automotive applications. These batteries will have three main components: a lithium metal anode, a ceramic electrolyte, and a ceramic/composite cathode. In addition to the performance of these components individually, an important feature of the battery performance is how the joins (interfaces) between the components limit the flow of power from the battery.

Therefore, we are studying two aspects of the interface between the lithium metal and the ceramic electrolyte. Firstly, how to manufacture the battery and the materials used for the battery to reduce any limitations introduced at the interfaces in its day to day performance.

Secondly, we are studying how the materials interact over the longer term, as this will control how the battery degrades with time.  We are all familiar with how repeated cycling of secondary or rechargeable batteries (e.g. in mobile phones) introduces a loss in performance, and part of this can be due to degradation processes at the interfaces.

Another important aspect of ceramic electrolytes is their electrical (ionic) conductivity, which is lower than in conventional liquid electrolytes and needs to be enhanced. This low conductivity means that the ceramic electrolyte layer must be very thin to keep the internal resistance of the battery low. But thin ceramic layers are not very mechanically robust, which could limit their application for automobiles where mechanical resistance to shocks is needed.

Alternatively, careful design of the crystal structure of the ceramic electrolyte could achieve the aim of higher conductivity, but this is a rather complex process and requires a certain amount of serendipity. With this later approach, CIC energiGUNE has produced ceramic materials with the highest recorded ionic conductivity for this class of materials and suggests even further gains appear to be possible.

Another, perhaps more pragmatic, approach is to use our materials engineering knowledge and make the ceramic material less brittle by composite of the ceramic with a plastic material, although, unfortunately, this has an additional detrimental effect upon the conductivity.

We are currently working on both approaches, and it seems that the composite approach will perhaps be the fastest to bring to the market.

4. How is Europe in the battle for energy storage?

There are multiple forms of energy storage at various stages of development, such as pumped hydro, flywheels, superconductor rings, etc.

Electrochemical storage, as in a battery, is just one of these many forms of storage that exist, and so it should be, since what is appropriate in one region of the world may not be best for another due to differences in supply, demand, infrastructure and geography.

For example, hydrogen production is proposed as a solution to the problem of energy storage with fuel cells converting the energy stored in hydrogen back into electricity for vehicles, etc. This is perhaps a solution to a local problem, for example, an island community where the need to transport the hydrogen over long distances is not needed.  In contrast, battery storage and battery-powered electric vehicles are best suited to regions with a developed electricity distribution network, such as Europe, so here there is a strong driver for the development of these technologies.

Europe has always been a leader in the fundamental science that is relevant to energy storage and in particular those that underpin battery technology. That is, in the fields of electrochemistry and, recently, the field known as solid-state-ionics, in which I have spent most of my research career.

Europe also has a highly developed industrial base, including a global automotive industry, and is a world leader in the major renewable technology of wind power. It is thus well placed to excel in the development of energy storage, provided that is a bridge between fundamental knowledge and commercial development of working devices is in place, and this is the pivotal role offered by CIC energiGUNE. 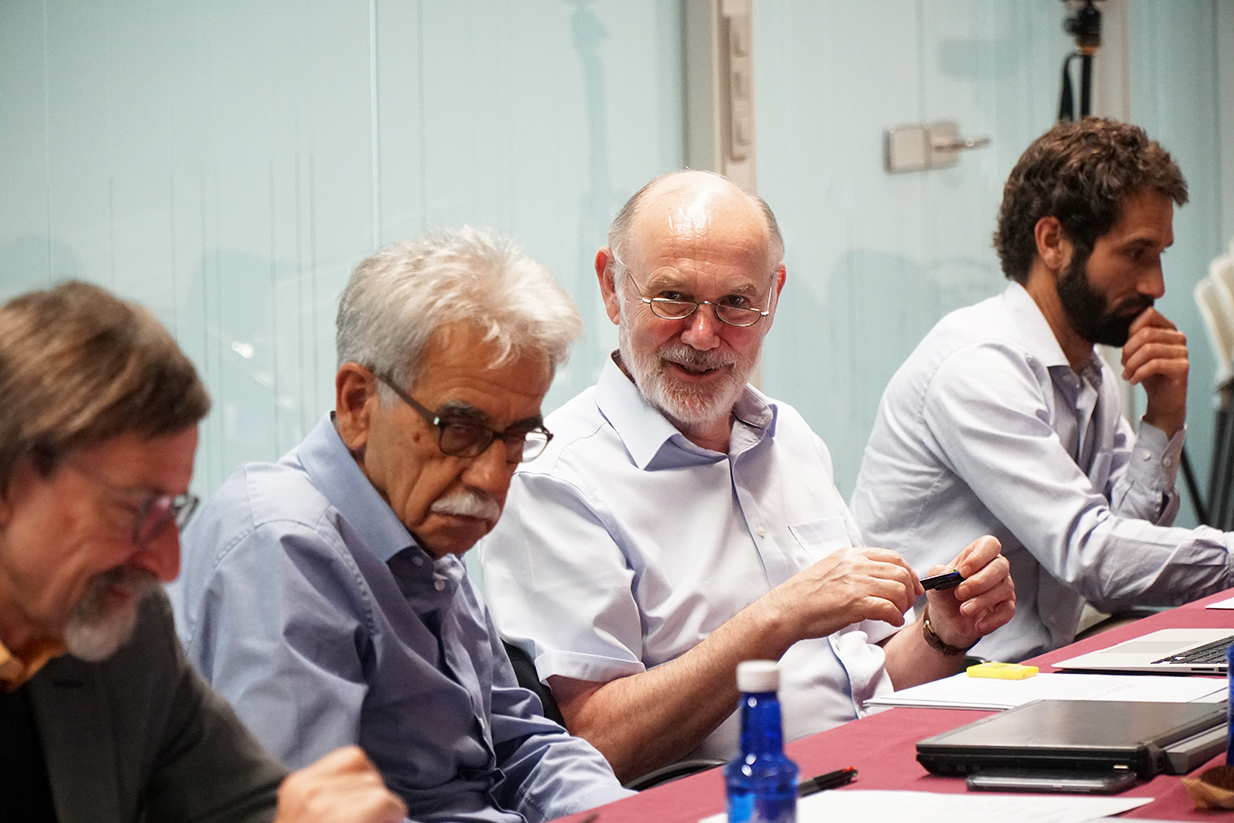 5. Because of your position as a collaborator of several research institutes and for being one of the scientific promoters of a leading research center in the Basque Country in storage technologies and, more specifically, in solid state batteries, how do you see the evolution of CIC energiGUNE in recent years? Do you think that the CIC energiGUNE plays an important role on the international scene?

I have seen CIC energiGUNE grow from a building plot to a respected international institute in a very short period of time. This is a great achievement and should not be underestimated. In fact, I feel very proud of the small role I have played in the development of the center over the past 8 years.

If we look at CIC energiGUNE now, it is a leader in battery science and technology in Spain and a very competitive institution worldwide, as well as one of the top 5 in the European ranking.

The center is very well equipped to make a major impact in the commercialisation of new battery technologies, and has recruited a young, talented and energetic staff, which bodes well for the future. Again, this achievement should not be underestimated, as there is a global shortage of talented researchers working in the area of energy storage and attracting so many to work at CIC energiGUNE is a considerable achievement.

CIC energiGUNE is in a special position to provide an essential bridge between basic research, which is mainly the focus of university laboratories, and product development, which is the strength of commercial enterprises.  Few institutions in the world occupy this unique position, so CIC energiGUNE has a very valuable role to play in the development of these essential technologies.