The CIC energiGUNE´s researcher, Michel Armand, was born in France in 1946. His education, divided between his native country and the United States, culminated in a Master´s degree in inorganic, organic and physical chemistry, as well as a PhD in physics.

Professor Armand´s professional career developed as Director of Research at the CNRS, Visiting Senior Scientist at the Lawrence Berkeley Laboratory, Professor at the University of Montreal (Canada) and Director of the Joint International Laboratory CNRS-UdM on Electroactive Materials.

His more than 30 years of experience in the field of energy research have led him to share research with two of the 2019 Nobel Prizes in Chemistry - John Goodenough and Stanley Whittingham - for their research in the field of rechargeable lithium batteries. In addition, he is considered by the scientific community as the "father" of the batteries of the future electric vehicle for his work in the field of solid polymer electrolyte; an improvement based on the sustainability of materials, energy density and, above all, safety.

In 2019, he was chosen as the most important researcher in Spain in the energy field by Stanford University, ranking 16th (out of 100,000) in the world. This distinction joins other awards, such as the Aymé Poirson from the French Academy of Sciences or the appointments as Doctor Honoris Causa at Uppsala (Sweden) and Deakin (Australia) universities.

Professor Armand became a member of the Scientific Committee of the Electrochemical Energy Storage area of CIC energiGUNE in 2011, and he also led the research group on polymer electrolytes, which is currently at the forefront of European research on solid-state batteries.

In the following interview, we review the importance of his research about solid electrolyte and his vision of the future of electric mobility: 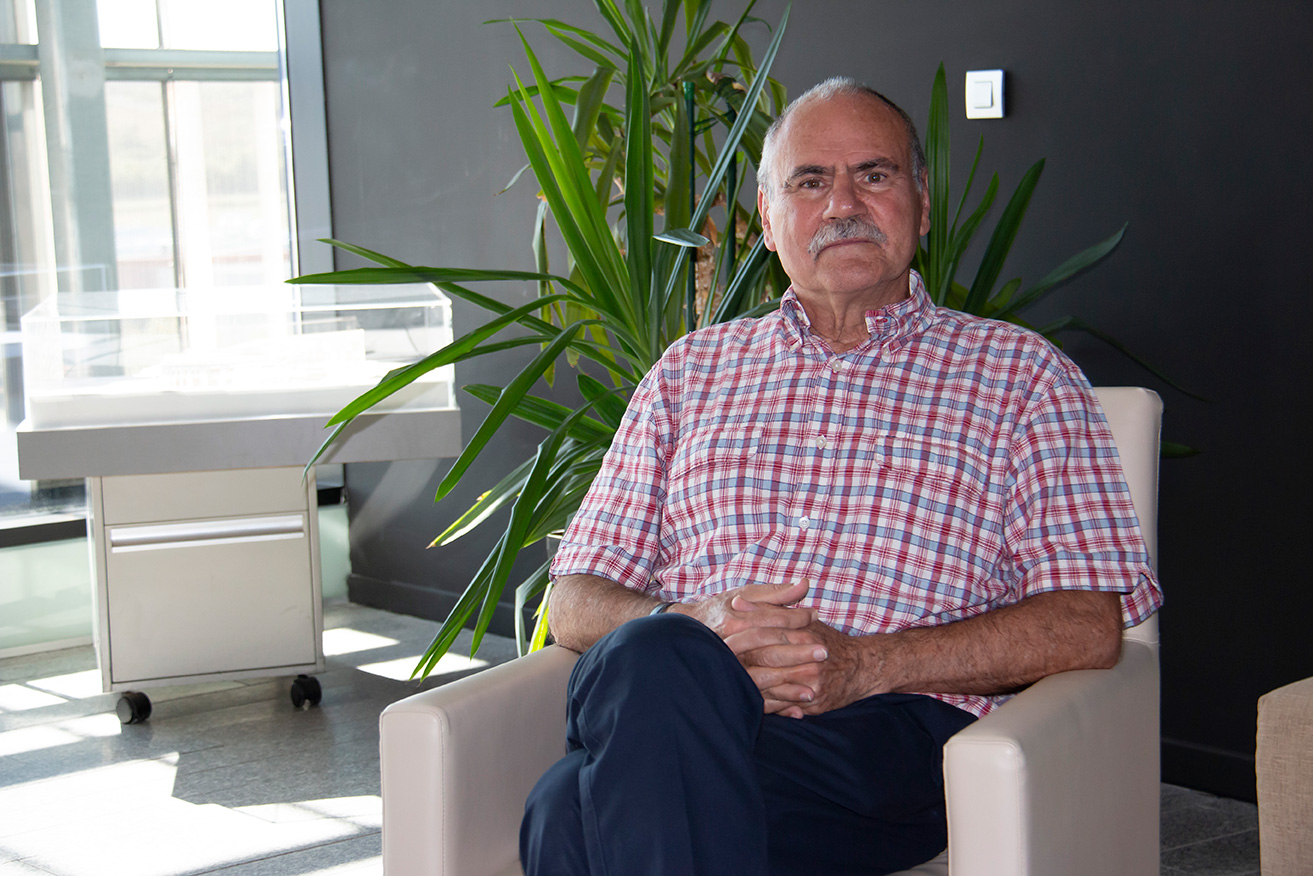 CIC energiGUNE: Your patents are leading the way to electric mobility. As a pioneer, what do you consider are the key aspects of batteries for developing the electric vehicle of the future?

Michel Armand: There are mainly three key parameters for the implementation of solid-state batteries: the sustainability of the materials used, the energy density (how many KWh/kg of battery) and safety.

CIC energiGUNE: The polymer electrolyte research line is number one in Europe in terms of "high impact" publications. What does this mean for CIC energiGUNE and for you as the leader of this line of research?

Michel Armand: It is very rewarding and a sure telltale of a highly motivated team working in unison. In nine years of existence, CIC energiGUNE has gained respect and visibility in several fields, including the solid-state batteries with polymer electrolyte field.

CIC energiGUNE: The polymer electrolyte is essential for the batteries of the electric vehicles of the future and CIC energiGUNE can boast of having you in charge of this project. How do you approach the project and what would you highlight about it?

Michel Armand: So far, research on polymer electrolytes has allowed us to collaborate on an industrial project (Blue Solutions®). But I always try to start from the knowledge accumulated over the last 30 years to go further. I do not doubt that the skills of the CIC energiGUNE team members, which are the best I have experienced, will enable us to go much further.

CIC energiGUNE: What does the idea of solid electrolyte for electric vehicle batteries mean?

CIC energiGUNE: Within the framework of solid-state automotive batteries, what do you think is the future of CIC energiGUNE in this area?

Michel Armand: CIC energiGUNE will undoubtedly remain one of the most important centers in terms of publications and patents, with the definite chance that the latter will be licensed to the industry and thus be able to transfer our research to the market. 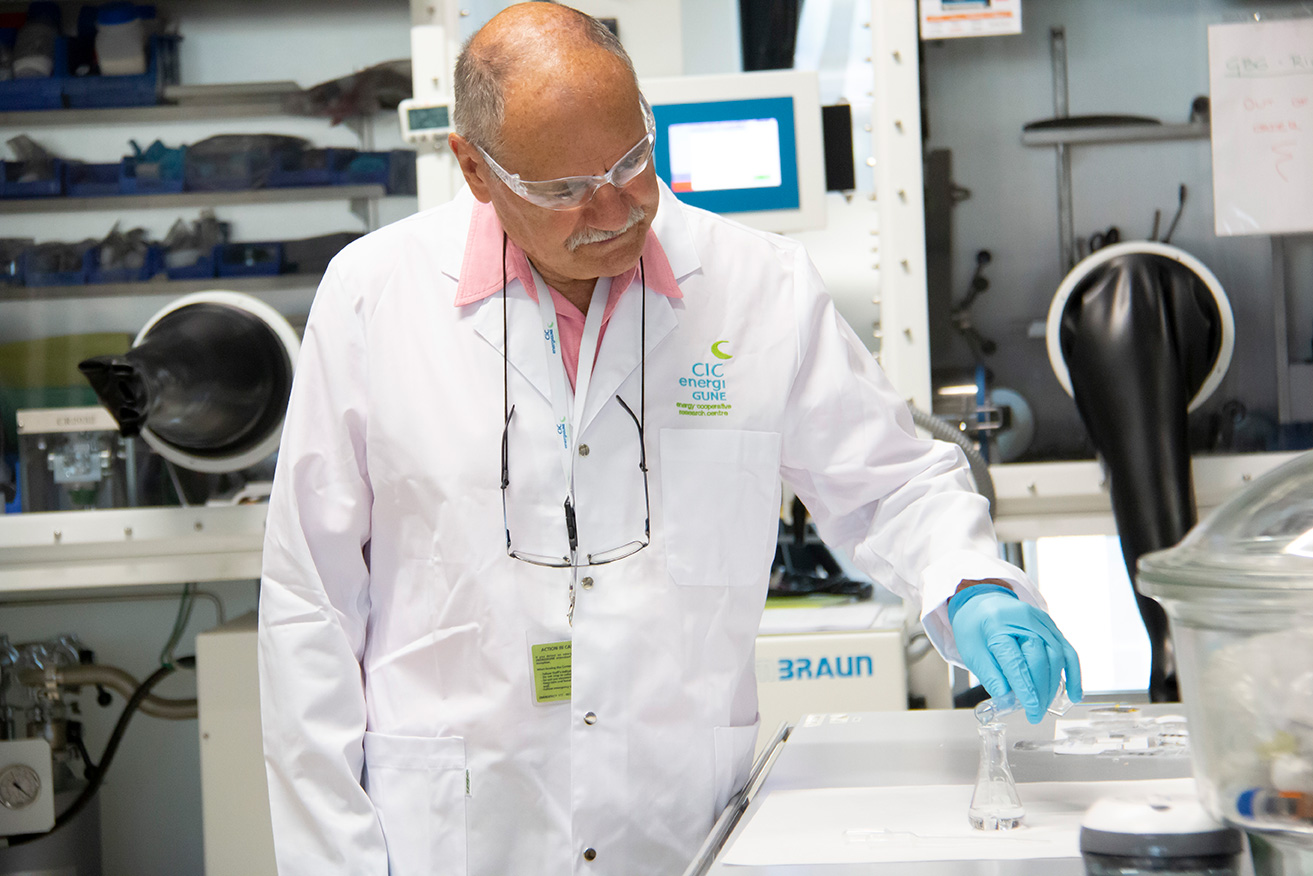 CIC energiGUNE: CIC energiGUNE is among the top 3 European research centers in energy storage. What factor or lines of research does the center have to hold this position?

Michel Armand: The center is excellent in all lines of research, especially related to batteries. Without a doubt, the decision taken by CIC energiGUNE to bet on the polymer electrolyte research line was a wise one, making it one of the largest today, with the participation of several top-level scientists.

CIC energiGUNE: What significant improvements have been brought about by using polymer anions in the field of ionic liquids?

Michel Armand: The anions, for polymers or Ionic Liquids are the key to the good performance of the electrolyte. 25 years ago, I introduced the most widely used (TFSI and FSI), and there was practically no change after that. Recently, however, we have found new families, which have great potential to renew the whole field.

CIC energiGUNE: As the creator of many existing lithium battery technologies, which one has been the most important for you?

Michel Armand: The crowning achievement of my research on lithium metal polymer (LMP) batteries was the introduction of a practically immortal "green" electrode material, lithium iron phosphate (LFP), which is now produced in excess of 100,000 tons per year.

CIC energiGUNE: What are the challenges to make the final leap to 100% electric mobility?

Michel Armand: As I have already said, the main challenge would be to ensure the sustainability of all the materials used in electric cars. In the cities, we should aim to increase the supply of mass transport, especially with 100% electric buses that can be implemented with appropriate policies from the governments.

CIC energiGUNE: Finally, how would you encourage your fellow researchers in the battery world to attend Power Our Future 2021?

Michel Armand: The Power Our Future is a congress of considerable size and yet very handy (there are no parallel sessions that make miss out anything) that hosts conferences from young scientists and top experts. That makes you perceive both the wisdom of the more experienced scientific and the enthusiasm of brilliant young minds.

In addition, the presence of representatives of world-class companies such as Steve Visco or John Miller, allows you to approach and interact closely to share impressions about the world of batteries. The vision of energy storage in the application is usually provided by important Basque companies such as Iberdrola, Gamesa, Cegasa or BCARE.

But I cannot fail to mention the city that hosts it, Vitoria-Gasteiz, in the heart of the Basque Country with privileged gastronomy and atmosphere. Without a doubt, the activities organized after the conferences are a real plus.

It is an honor for me to hold the Chairman`s position in this edition together with Montse Casas, and we hope that those attending who decide to come will enjoy it as much as we do. 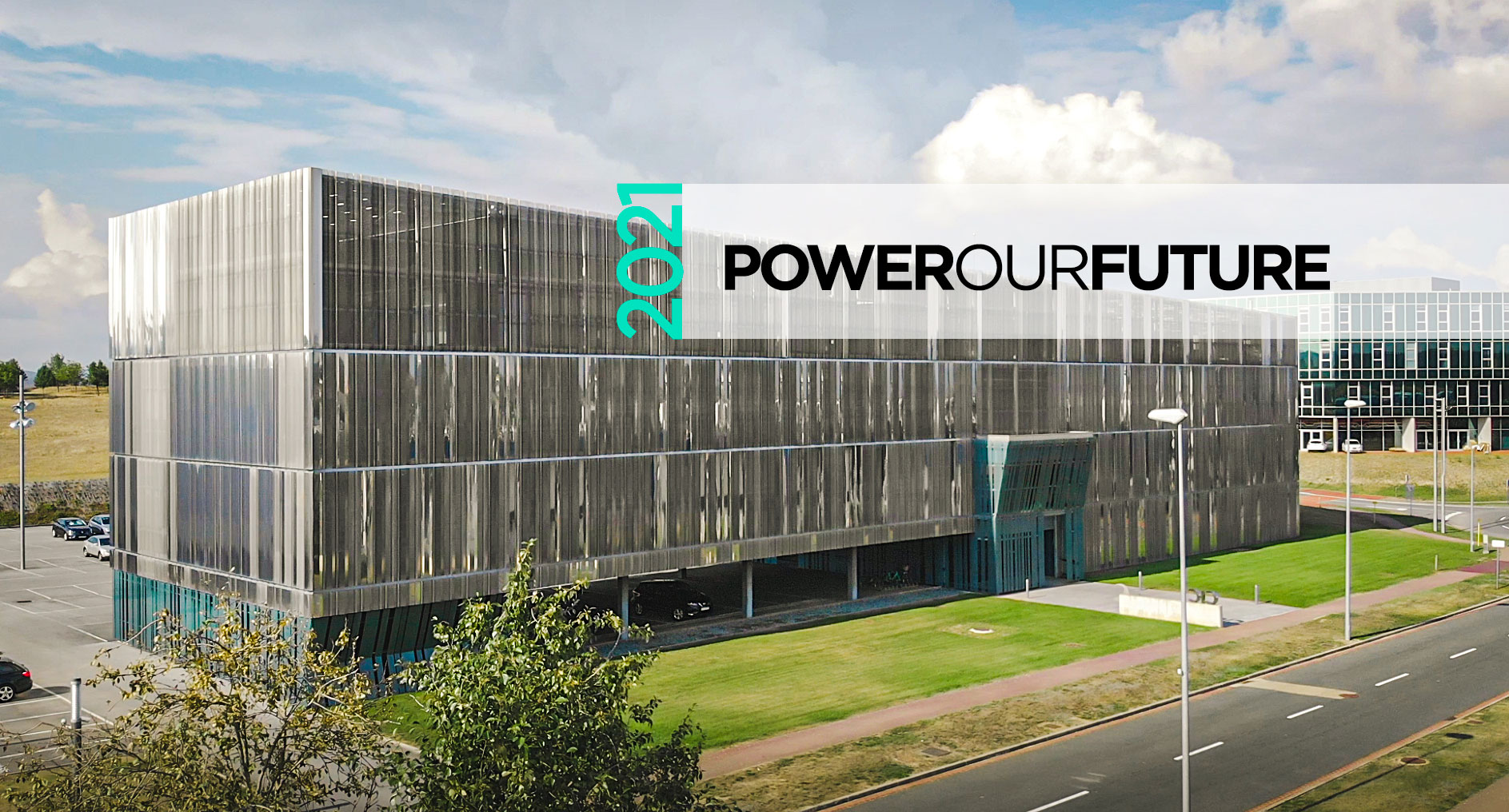 From CIC energiGUNE we would like to thank this interview, as well as the dedication and generous work of Professor Michel Armand, for contributing to moving the energy storage sector closer to the desired energy transition and to a more sustainable world.