High-temperature thermal energy storage technologies have been closely linked to the development and deployment of concentrating solar thermal power plants. The technology that currently leads the market is molten salt, thanks to the ability of nitrate mixtures to work at temperatures up to 450-560 ℃ at affordable cost, and despite the drawbacks of the risk of salt solidification and inherent corrosion problems.

At lower temperatures (down to 400 ℃), thermal storage in concrete is also a commercially available option. Meanwhile, packed-bed storage systems, which use rocks or solid industrial by-products as granular filler material, are in the process of being commercialized. These, compared to molten salts and concrete, have as main advantages a lower investment cost and the possibility of working in a very wide range of temperatures (up to 1000 ℃).

CIC energiGUNE is one of the R&D actors that have contributed to the development and improvement of molten salt and fixed granular bed technologies, recently leading the RESLAG and SLAGSTOCK projects and participating in the ORC Plus project (more information in the official European Commission´s project sheets: RESLAG and ORC Plus). 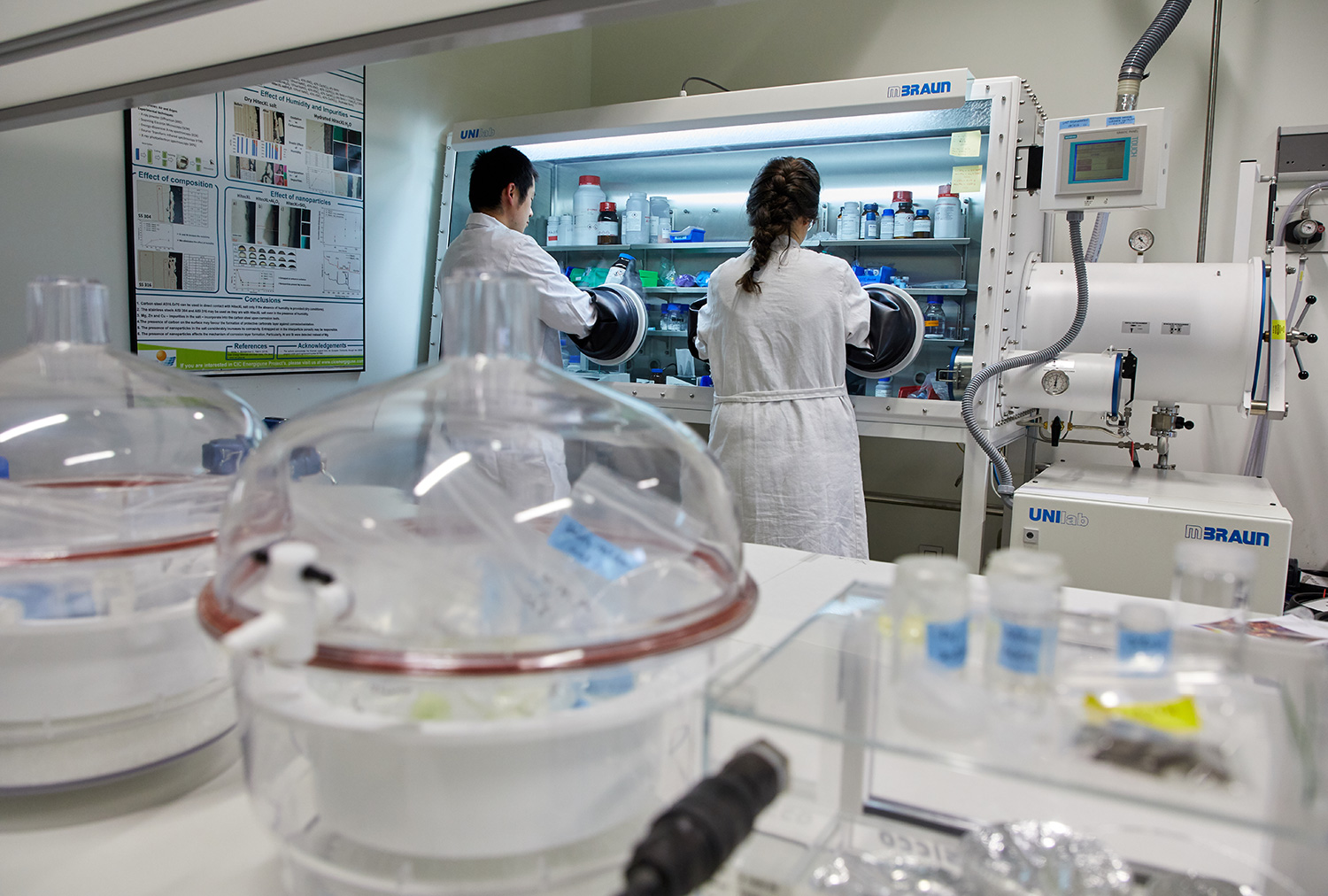 All of the technologies mentioned above store/release energy by increasing/decreasing the temperature of the storage material (sensible heat storage) and therefore they provide low compact storage solutions (low storage capacity per unit volume). Achieving a significant increase in compactness without increasing the investment cost is one of the current R&D challenges.

Towards this end, the scientific community is working on developing technologies that use phase change processes (latent heat storage) or reversible thermochemical reactions (thermochemical storage) as the basic principle for storing energy. Thermochemical storage has a very high potential to achieve ultracompact systems but is still at an early stage of development, leads to complex storage systems, and the associated costs are unaffordable for the moment. In contrast, latent heat storage has undergone further development and involves much less sophisticated system technology. However, although it can meet the desired compactness objectives, the investment costs are still significantly higher than those of sensible heat storage technologies.

Contrary to what one might think, it is often not the storage material, but the heat exchanger, which is the most expensive element. Indeed, the most commonly used phase change materials are low-cost anhydrous salts, which store thermal energy during melting and return it during the reverse solidification process, and which are characterized by high enthalpies of fusion. However, their thermal conductivity is relatively low and this implies the use of heat exchangers with high exchange surface area to meet the discharge power requirements. In fact, generally, the heat exchanger represents more than 60-70% of the cost of the storage system.

How to combine the need for compactness with low-cost requirements

CIC energiGUNE is developing new thermal storage materials that can achieve high levels of compactness at competitive costs. These are inorganic ionic materials that undergo highly energetic solid-state phase transitions. Below the so-called transition temperature, the material organizes itself into a highly ordered and compact crystalline lattice. However, above this temperature, a new crystalline phase appears, which is less compact and characterized by a high degree of directional disorder. The entropy difference between phases is high and, consequently, so is the phase transition enthalpy. This, together with high specific heat values, results in a surprisingly high volumetric thermal storage capacity.

On the other hand, the fact that the material always remains in a solid-state, irrespective of the phase in which it is found, is decisive in terms of cost. It allows the storage system to be considered as a fixed granular bed that does not require a heat exchanger. In addition, this feature of the phase change material enables easy handling and transport, makes its integration into the storage system very versatile as it can be easily produced to the desired size and shape, and minimizes or avoids the typical corrosion problems of salts.

The key to the unprecedented properties of these materials lies in their geometrical and structural features. They are formed by XO4= anions with tetragonal geometry, where the X atom (non-metallic element or metalloid) is placed in the center of the tetrahedron composed of four oxygen atoms to each of which it is bound by covalent bonds, and by cations of the alkali or alkaline earth metal groups. Below the transition temperature, the molecules are organized into crystal lattices (generally monoclinic, trigonal or orthorhombic) where all the atoms have fixed positions. However, above the transition temperature, not only is there a change in the geometry of the unit cell of the crystal lattice, but also the ions are endowed with certain mobility. 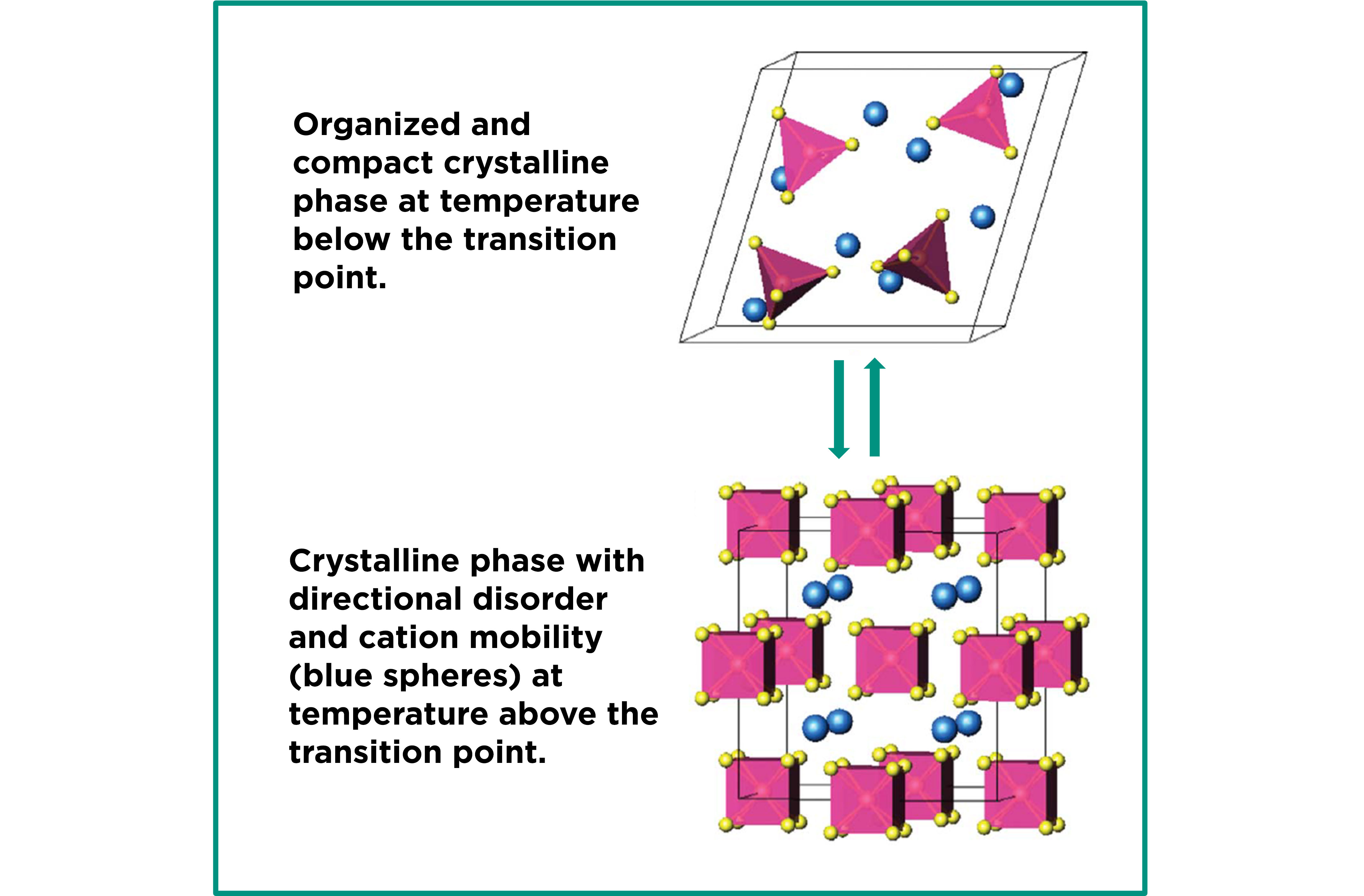 On the one hand, although the centers of the XO4= tetrahedra have fixed positions in the unit cell (generally cubic), they can rotate in different directions, which makes the "globular" geometry and symmetry of the tetrahedron possible. On the other hand, cations exhibit a level of mobility/disorder approaching that of a liquid phase, which is higher when the ionic radius of the cation is smaller. Thus, contrary to what happens in an ordinary solid phase transition, where the energy required to operate the transition corresponds to the work needed to move the atoms or atomic groups from their initial position at low temperature to their final position in the new crystal lattice, we find here an additional energy storage capacity linked to the directional disorder of the tetrahedra and the positional disorder of the cations. Moreover, these last two factors represent the most significant contribution to the total enthalpy of phase change. 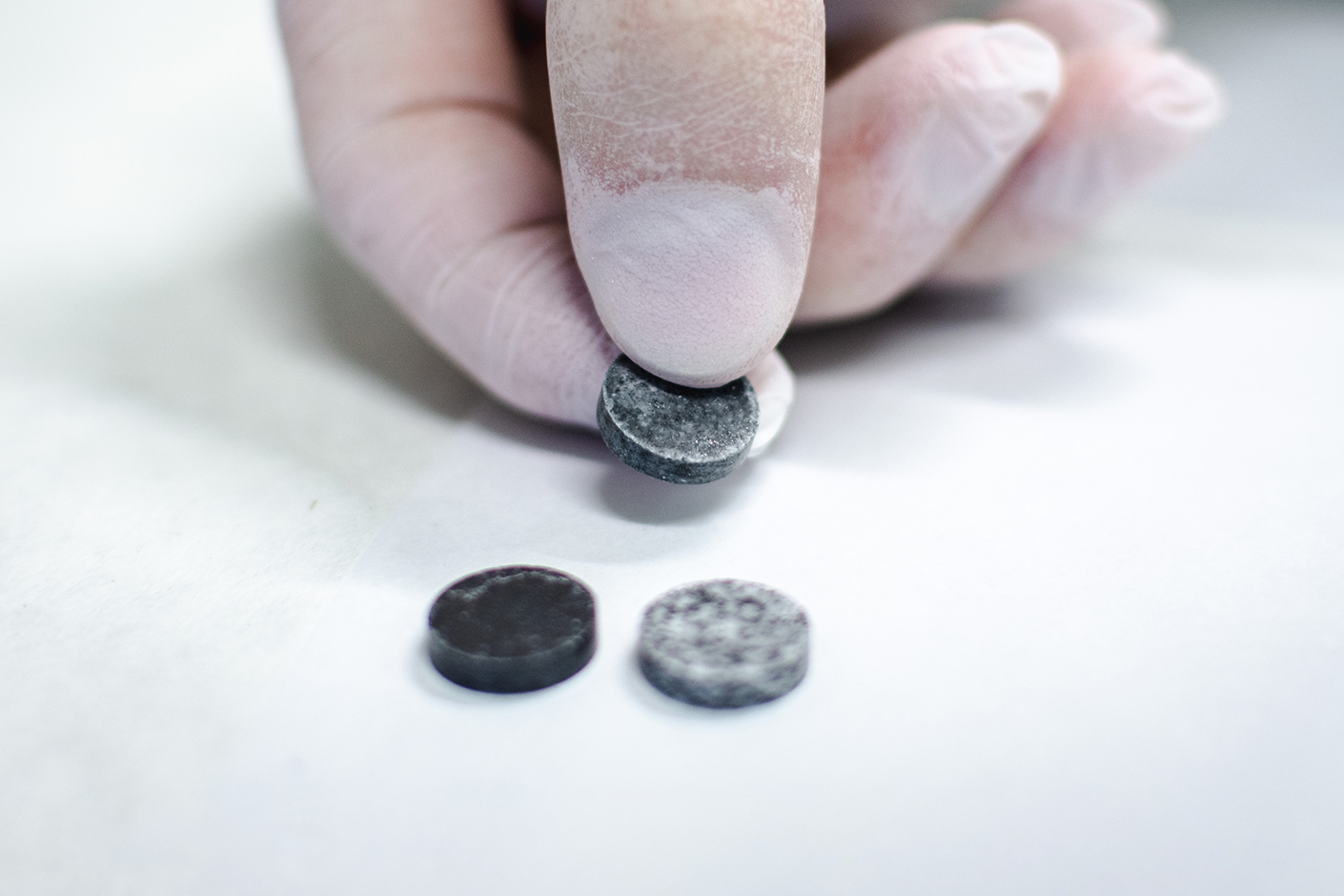 The materials investigated by CIC energiGUNE up to date belong to the families of sulfates, phosphates, silicates and their mixtures. To illustrate their interest, we will refer in the following to three of them: lithium sulfate (Li2SO4), the eutectoid mixture of lithium sulfate and sodium sulfate and the stoichiometric compound LiNaSO4. Their respective phase transition temperatures and enthalpies are given in Table 1, along with other properties relevant to thermal storage applications.

Apart from the aforementioned uncommonly high phase transition enthalpy (160-252 J/g), their high value of specific heat (1.6-2.2 J/g/K) and thermal conductivity (2.3-9.4 W/m/K), especially in the disordered crystalline phase, are particularly remarkable. Besides, these materials shown good long-term stability to thermal cycling, even in contact with air, and they are also abundant, safe (neither dangerous nor toxic), low-corrosive and relatively inexpensive (70-99 €/t) materials. Finally, it is worth mentioning the simplicity of the production method, which consists of mixing and cold-pressing the Li2SO4 and Na2SO4 powders in the appropriate mass ratio.

Table 2 allows comparing these new phase change materials with the state-of-the-art. It shows that their specific cost is comparable to that of low-cost solids (< 1 €/kWh) and much lower than oils and molten salts, with the added advantage of providing higher thermal storage capacity per unit volume. Compared to materials that can operate in similar temperature ranges (400-600 ℃), the attractiveness is obvious. For the same total thermal storage capacity, the tank volume needed would be between 2.5 to 3.5 smaller than the equivalent in molten salts and almost 5 times smaller than one with quartzite fill.

This ability to reduce volumes, coupled with the low specific cost of the material, places CIC energiGUNE´s developments in a privileged position in which the proposed phase change materials could not only compete with, but even replace in the future, the sensible heat storage materials currently in use.

The start of this research was made possible thanks to the support of the European Union H2020 program that funded the project "SOLSTORE: Solid-state reactions for thermal energy storage" through the Marie Skłodowska-Curie research grant No 752520 (2017-2019). 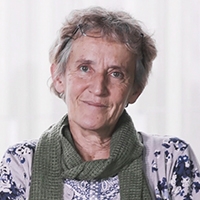 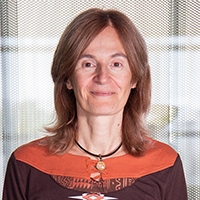