It is the only member of the BRTA selected to be a part of the Roundtables of the Alliance, in which the typology of the fundable projects are defined and the research priorities are established.

CIC energiGUNE, the Basque research center of reference in battery storage, thermal energy solutions, and hydrogen, and member of the Basque Research & Technology Alliance-BRTA, has been selected by the European Clean H2 Alliance (ECH2A) in order to be a part of one of its roundtables, in which the roadmap of the alliance is defined and the priorities and typology of the fundable projects are established. Specifically, the Basque center will participate in the roundtable on building, in which they include projects of hydrogen technology application projects in residential, commercial and industrial buildings.

“The predictions of the sector indicate that an investment of 430,000 millions of euros will be necessary until 2030 in order to respond to the demands of the users, especially industrial users, and the consequent development of the necessary infrastructures”, has assured Raquel Ferret, manager of Business Development and representative of CIC energiGUNE at the Alliance and the roundtable on Building. “Taking into account this prediction, our presence at the roundtables positions us as a reference actor in the Basque Country and in the whole of Spain”, points out Ferret.

In this sense, Raquel Ferret, highest representative of CIC energiGUNE in the Alliance, has highlighted the fact that “we are the only member from the BRTA that participates in any of the six Roundtables in which the Alliance is structured”. The Basque presence in the roundtables is complemented by Iberdrola, in the Production Table, and Repsol, in the Energy Table. Moreover, Idom, Energy Agency of the Basque Government (EVE) and Tecnalia Research&Innovation are associates of the Alliance.

The objective of ECH2A is to promote the spread of hydrogen technologies by 2030, facilitating the development of the sectors connected to the production of renewable hydrogen and with low carbon emissions. It also aspires to boost the demand in the industry, mobility and other sectors, and to guarantee the transmission and distribution of hydrogen. 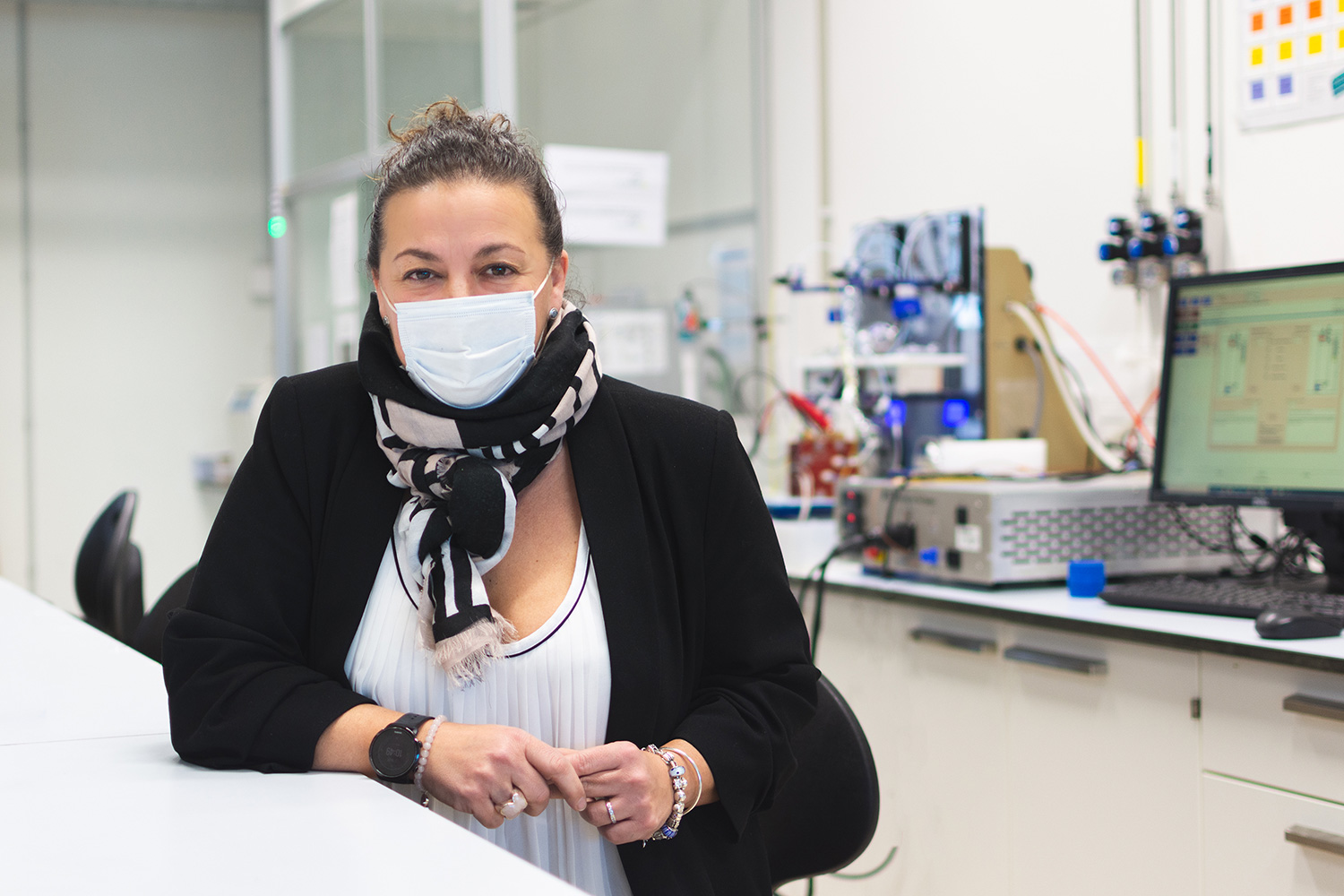 The emergence of this Alliance, formally launched in July 2020 at the request of the European Commission, is based on the promotion of the chain of value of hydrogen in Europe following the trail of the European Battery Alliance. The development of this sector appears on the European Hydrogen Strategy, which foresees to install 6 GW by 2024 and 40 GW of renewable hydrogen electrolyzers by 2030. This boost will require the development of the necessary infrastructures and the promotion for the demand of the users, especially industrial ones. The predictions of the sector indicate that an investment of 430,000 millions of euros will be necessary until 2030.

In order to carry out its work plan, the ECH2A has structured itself into 6 roundtables, in which the highest representatives from each entity take part. Moreover, in the Building Roundtable, in which CIC energiGUNE takes part, they have created the tables of hydrogen Production, Transport and Distribution of clean hydrogen, Hydrogen for industrial applications, Clean hydrogen for mobility, and Clean hydrogen for the energetic sector.

In this manner, the action plan of the ECH2A to develop the chain of value considers the identification and creation of a viable investment project portfolio that promotes the offer, demand and distribution of renewable and low-carbon-emission hydrogen in Europe, with the ultimate objective of contributing to the reduction of emissions of greenhouse-effect gases.

The Alliance is currently formed by almost 1,000 representative members from technological centers, companies, academic entities and public European administrations. Only the more active members are part of the Roundtables or CEO roundtables, which act as the working bodies for the implementation of the roadmap, the definition of the typology of the fundable projects and the defense of their sectors’ interests.

The ECH2A will celebrate its plenary assembly annually, known as the EU Hydrogen Forum, in order to promote the synergies and the investment projects among the most representative actors in the sector. The European Commission will supervise the dynamics of the Alliance through the organization of high-level periodical meetings with the representatives of the ECH2A to conduct the coordination between the different lines of work and guarantee the global progress.