Lithium Metal Batteries (LMBs) are among the best alternative technologies that would enable overcoming the performance limitations of current Li-ion Batteries (LIBs). However, LMBs also suffer from some drawbacks, including the use of Lithium metal anode (LMA), which raises safety, processing, sourcing and cost concerns. Anode-less or anode-free solid-state batteries (ASSB) arise as an ideal solution as the absence of a LMA during cell assembly avoids processing and cost concerns as well as increasing the safety.

Since they were commercialised in the 1990s, Lithium-ion Batteries (LIB) have been widely adopted as the main energy storage system in many applications, such us portable electronics.

During the last three decades, the technology has been developed progressively improving its properties and particularly aiming for higher practical energy density values. Such improvement, along with the need for a global transition towards a more sustainable mobility model, has made LIBs also the best choice for electric vehicles (EVs). LIBs development, though, is reaching the theoretical limits, meaning that alternative battery technologies need to be developed to meet the performance demands of automotive industry.

Several options are on the table, among which Lithium Metal Batteries (LMB) stand out for the higher gravimetric and volumetric energy density that Lithium Metal Anode (LMA) offers as negative electrode.

Nevertheless, LMBs are not free from their own limitations. Beyond the challenges in terms of constant LMA degradation in conventional liquid electrolytes during cell operation that limits the lifetime of LMBs, the use of metallic lithium prompts safety concerns and difficulties for the processing during cell assembly. In case of malfunction or thermal event of the cell, the presence of metallic lithium would make the process more dangerous, as was already demonstrated when LMBs were removed from market after being initially commercialized in the 1980s.

Besides, the chemical and mechanical properties of metallic lithium make the manipulation of this material challenging and costly.

Therefore, the development of LMBs without metallic lithium in the negative electrode when the cell is assembled would be highly desirable from the manufacturing point of view, and very promising from the commercialization and application standpoint. This concept, known as anode-less or anode-free, has attracted increasingly the attention of the battery community lately.

How can batteries work without the anode?

In spite of the existence of some exceptions (technologies such as Li-S or Li-air batteries), this means that LMA works actually as an additional lithium reservoir to compensate for lithium losses originating from inefficiencies during electrochemical operation of LMBs. Hence, if efficiency is considerably improved, the need for an additional lithium source would be eliminated, and, thus, anode-less cells could be assembled and operated during extended cycle-life.

Anode-less batteries offer a wide range of benefits that make them a very attractive alternative to LMBs.  Firstly, the fact that LMA is avoided, maximises the gravimetric and volumetric energy density since there is no lithium excess in the cell. As above-mentioned, the lithium source is within the cathode and the metallic lithium layer would be deposited in-situ in the cell during the charge process upon cycling. 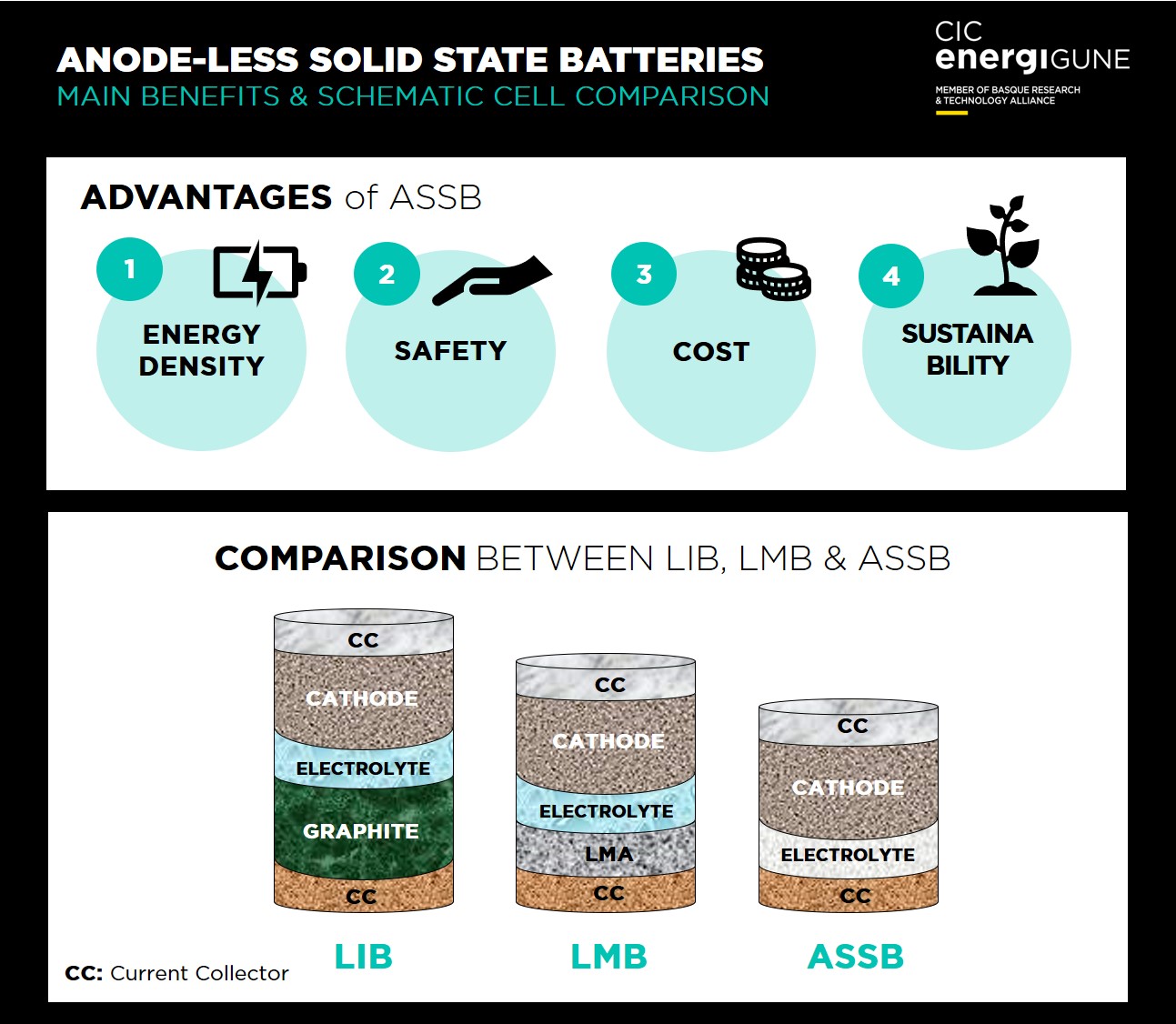 Beyond optimising the energy density, the lack of excess metallic lithium within the cell improves its safety. The highly flammable nature of metallic lithium is somehow a source of fuel in case of a thermal event during the operation of LMBs. Thus, the absence of any lithium excess makes the anode-less batteries the safest possible LMB configuration.

Furthermore, the manufacturing cost would also be dramatically reduced based on the increasingly high price of lithium. Besides, the processing cost would also be reduced. Metallic lithium must be processed in very well controlled highly dry atmospheres, due to its high chemical reactivity, whereas the mechanical properties of lithium make its manipulation complicated. In fact, complex and costly processing methods, such as laser cutting instead of mechanical cutting, are required to manufacture LMAs.

Last but not least, the absence of lithium in form of LMA at discharge, could facilitate the recycling process of this kind of batteries, which is another crucial aspect to consider when developing next generation batteries.

One challenge ahead: corrosion

Despite being theoretically an ideal choice based on all the above-mentioned benefits, one main difficulty makes successful implementation of anode-less LMBs very challenging: the constant corrosion of lithium during cell operation that leads to irreversible loss of active lithium material; in other words, their low Coulombic efficiencies (CE).

The low CE stems from the reactivity of lithium with current liquid electrolytes. This reactivity is enhanced by the inhomogeneous nucleation and growth of lithium, which leads to a high surface area deposition morphology that amplifies the deleterious effects of side reactions. Moreover, lithium can also grow in the form of whiskers (or dendrites, above certain current density threshold) that could end up perforating the separator and causing a short-circuit.

To overcome such degradation limitations and achieve CE values close to 100%, big efforts are currently being devoted to the study of current collectors-electrolyte interface, aiming to achieve stable interphases.

Additionally, a well-designed solid electrolyte would prevent the growth of metallic lithium across the solid electrolyte layer, thus, avoiding the risk of having a short circuit. Therefore, Anode-less Solid-State Batteries (ASSB) would overcome degradation limitations of liquid counterparts and would further increase the safety.

In this direction, at CIC-enegiGUNE there are two research lines dedicated to the development of these type of solid electrolytes, focusing on polymer based and ceramic based electrolytes, respectively. As mentioned earlier, the study of the interfaces and interphases is crucial for the development of efficient ASSBs. At CIC-enegiGUNE, we benefit from a range of state of the art characterization techniques available at Surface Analysis Unit, for which one of the main focus is on elucidating the nature and mechanisms of the SEI, including for ASSB.

In summary, ASSBs are the ideal alternative to overcome the current limitations of LIBs. They would not only offer higher gravimetric and volumetric energy density, but they would also be safer, easier to manufacture and less costly.

If this technology is going to be commercialised, though, higher CEs need to be achieved, which would be translated into longer cycle-life. At CIC-energiGUNE we work on the development of solid electrolytes and stable interphases that would enable the success of ASSB as beyond LIB technology. 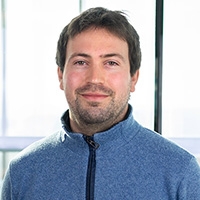