Since its launch in 2011, CIC energiGUNE has participated in more than 200 R&D projects and has developed more than a hundred transference projects in collaboration with the industry.

CIC energiGUNE, the Basque research center of reference in battery storage, thermal energy solutions, and hydrogen technologies, and member of the Basque Research & Technology Alliance-BRTA, has turned 10 years of existence positioned as one of the main international reference points in the field of solid-state batteries and it has become the great reference point in the South of Europe on Energy Storage.

“It’s not easy going from being just an idea on a PowerPoint to being the center of reference renowned at a global level in such a short period of time”, has pointed out general manager Nuria Gisbert. “That demonstrates that in CIC energiGUNE we have the resources, the ability, the disposition and the talent needed to face the global challenges from an integral perspective”.

The data gathered through these ten years of activity show that the activity of the center has exponentially grown, until reaching an accumulated investment of 75 million euros in 2021. Moreover, in this period of time the center has participated in more than 200 R&D projects, of which 32 are European, and has generated more than a 100 projects of transference in direct collaboration with the industry. At a workforce level, there are currently 150 people working at the Technological Park of Álava, from 18 different nationalities.

“This past ten years have given us enough consistency to be able to face the immediate challenges with the greatest guarantee of success”, has assured Nuria Gisbert. Among them, it needs to be highlighted the launch of its first spin-off, BCARE, in 2018 and it now has a distinguished positioning in the supply of products and services in the field of batteries and, also, its second spin-off, BasqueVolt, for the launch of a gigafactory of solid-state cells in the Basque Country. It is also framed within this same context the strategic decision of promoting an area oriented towards green hydrogen, which positions CIC energiGUNE in the pioneer group in the development of this technology at all levels.

In 2021, the research activity at CIC energiGUNE contributed about 120 new publications –with which an accumulation of more than 700 is reached since the launch of the center-, and 4 patents were applied. Likewise, during the last year different projects of impact were set forth, such as LIFE HI4S (Heat It yourself For Sustainability), European project approved in 2021 and led by CIC energiGUNE. Through this initiative the construction of an innovative plant of production of heat and electricity will be executed so that the iron and steel industry can reuse the residual heat contained in the fumes of electric arch furnaces. This initiative, funded with 1.5 million euros by the European Union through its LIFE program, contemplates the installation of a prototype in the plant of ArcelorMittal in Sestao (Bizkaia).

Even if they were approved in 2020, two other European projects were launched the past year. Electro-Intrusión, led by CIC energiGUNE, aspires to recover the environmental heat and the vibrations generated by vehicles or devices in order to transform them into useful electricity. For its part, e-Prot seeks to develop the conductive capacities of proteins as a sustainable alternative to the traditional electronic technologies. In this initiative, CIC energiGUNE works jointly with CIC biomaGUNE.

At a Spanish level, the center received the approval of the Spanish Ministry of Science and Innovation for two initiatives. BioAirBat, which takes inspiration from nature to obtain more efficient cathodes that open the door to a new generation of rechargeable and sustainable metal-air batteries; and TOPSIDES, coordinated from CIC energiGUNE with the objective of developing high-performance ion-sodium batteries.

Finally, the Basque Government gave the green light to two projects: CICe2021, Elkartek led by the center and focused around research and development of materials, components and advanced models that contribute competitive advantages for the future generation of batteries for mobility; and H2Basque, led by Tecnalia with the collaboration of Tekniker and the UPV/EHU, which aspires to promote the production of hydrogen from water and heat.

As far as the projects of Transference to the industry go, in 2021 CIC energiGUNE participated in two proposals included in the Hazitek program of SPRI: GeroaPCM, led by Airlan that seeks the development of an innovative air conditioning system for buildings based on renewable energy; and sTES, led by Giroa-Veolia that promotes the development of new materials that will triple the thermal storage capacity of hot water and steam accumulators. 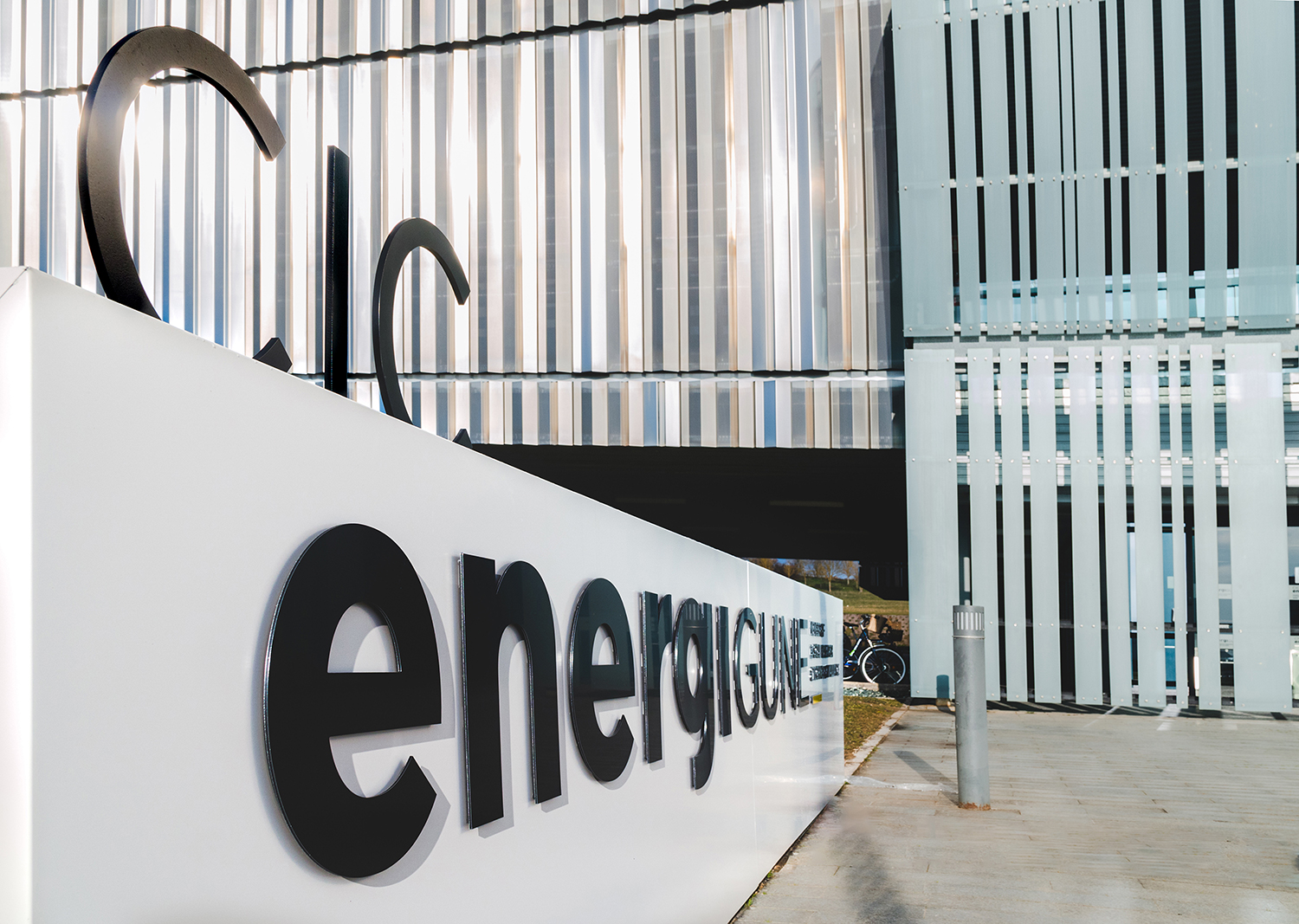 As far as workforce is concerned, it needs to be pointed out that in 2021 CIC energiGUNE placed again four of its researchers among the most influential in the world, according to the 2020 Stanford ranking. One of them, Professor Michel Armand, is the most important researcher in Spain in the field of Energy, as well as the most relevant in the Basque Country and the seventh at a world level. Likewise, Elena Palomo’s position stands out, Scientific Director of the Thermal Storage Area in CIC energiGUNE, as the most influential in the Basque Country and the sixth in Spain in the field of Mechanical Engineering and Transport.

The presence of renowned prestigious scientists has also been fundamental to climb up positions in the ranking of European research centers. In this field, it is specially revealing realizing that, in 2014, CIC energiGUNE filled the 49th place in publications on the research line of solid-state lithium batteries, and is nowadays filling position number 3 in Europe, being the number 1 on publications about batteries with a polymeric electrolyte and number 2 with ceramic electrolyte.

In the professional field, during 2021 the researchers of the center obtained 11 scholarships, -4 Spanish and 7 autonomic-, as well as 2 other scholarships of regional mobility, reaching a success rate superior to 70%.

At a transference level, CIC energiGUNE has carried out a significant advance, since it has gone from a level of revenue by private contracting of 4% in 2015 to around 20% in 2021, figure that is even more relevant if the impact of the pandemic is taken into account. Likewise, it needs to be mentioned that the activity of the center combines intensive work with the Basque industry with big contracts with international benchmark companies.

From the point of view of excellence, it should be noted the figure of accumulated scientific publications, which in 2021 exceeded 700. Some of these publications have positioned themselves in the Top 1 in the research lines such as Na-ion or the Polymeric Electrolytes, reaching a very high h-index –internationally used to measure the professional quality of the scientists according to the quantity of citations they receive.

At a management level, in the context of its commitment with the continuous improvement philosophy, the obtaining of the UNE 166.002 y HRS4R certifications must be pointed out. In this sense, the internal processes of organization have been strengthened, winning in efficiency and quality, and opening a privileged route to obtain the continuous improvement in talent traction and management.