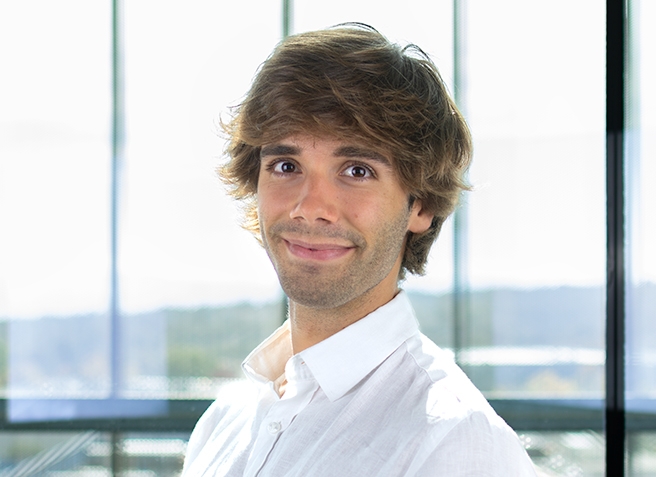 As an Industrial Engineer specializing in Electrical Engineering by the School of Engineering of Bilbao (UPV/EHU, Spain, 2015-2021) and in Advanced Motorsport Mechatronics by Cranfield University (United Kingdom, 2019-2021), Borja Hernando Velasco joins CiC energiGUNE to the Hydrogen area as a researcher in the production of nanomaterials using electrochemistry as the scientific basis.

Throughout his academic and professional career, Borja has stood out for his performance level and capacity to work in a fast-paced environment. During his first three years in the BSc in Industrial Technology Engineering (UPV/EHU) he achieved the IDOM Special Prize for the best academic performance, being able to graduate as the First in Class Overall at the end of the Degree (2015-2019). At the same time, from 2016 to 2019, he takes part in the Formula Student Bizkaia project inside the School of Engineering of Bilbao, having roles as diverse as Drivetrain Design Engineer or Electric Powertrain Group Leader, which enables him to acquire hard and soft skills. Besides, he has introduced innovations in his projects in In-wheel gearbox design as his Final Degree Project (UPV/EHU, 2019) and in Analysis of overtaking maneuvers in Formula E electric race cars as his Master Thesis (Cranfield University, 2021). The outstanding quality of the latter has contributed to receiving the Sir Jackie Stewart Prize in recognition of academic achievement in the School of Aerospace, Transport and Manufacturing by Cranfield University.