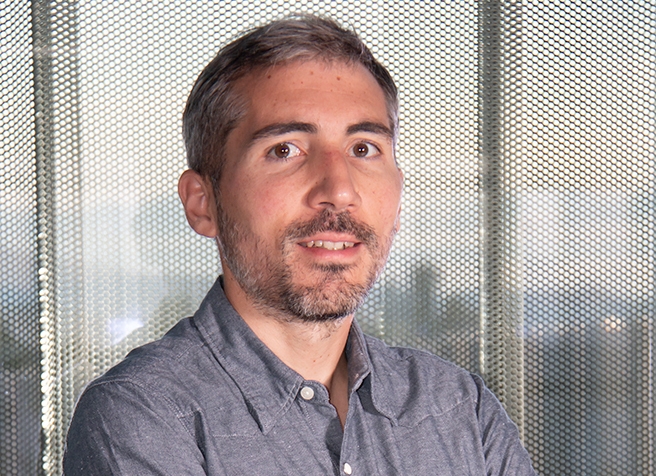 Iñigo holds a PhD in Nanoscience (2013) and a M.Sc. in Nanoscience and Nanotechnology (2010) from the University of Barcelona (ES), in collaboration with the Institute of Microelectronics of Barcelona (IMB-CNM, CSIC). His PhD was focused on the integration of thin film complex oxides in silicon technology for portable powering devices (micro solid oxide fuel cells, µSOFC). Afterwards, he has worked as Post-Doctoral researcher at the Catalonia Institute for Energy Research, IREC (ES) (2013-2014 and 2016-2019) and ETH Zürich (CH) (2014-2016), in the field of power-to-gas systems, solid state microbatteries and sensors and, lately, thin film oxide ionic and mixed ionic-electronic ceramic conductors for low temperature energy applications. Additionally, he has carried out several research stays at recognized international institutions such as DTU Energy (DK) (2012) or SPMS, École Centrale Paris (FR) (2010). Iñigo has great experience in forefront thin film deposition (PLD, ALD, sputtering…) and characterization (EIS, SEM, AFM, XRD, Raman, ellipsometry…) techniques, as well as state-of-the-art microfabrication technologies and Clean Room processing. His area of expertise covers a wide range of disciplines, from basic materials science and solid state ionics, to nanotechnology or microengineering. During his career, Iñigo has carried out multiple collaborative works with top national (ES) and international institutions, including MIT (US), ETH (CH), PSI (CH), EMPA (CH), DTU (DK), SPMS (FR) or ICN2 (ES). Moreover, he has experience in students’ supervision (PhD, M.Sc. and bachelor). Since February 2019, Iñigo is based at CIC energiGUNE, where he works as Post-Doctoral researcher in the Advanced Interface Analysis group. His main activities include the development of advanced Li-S cells, the study of electrode/electrolyte interfaces and the deposition of functional ceramic and metallic thin films by vapor deposition techniques.