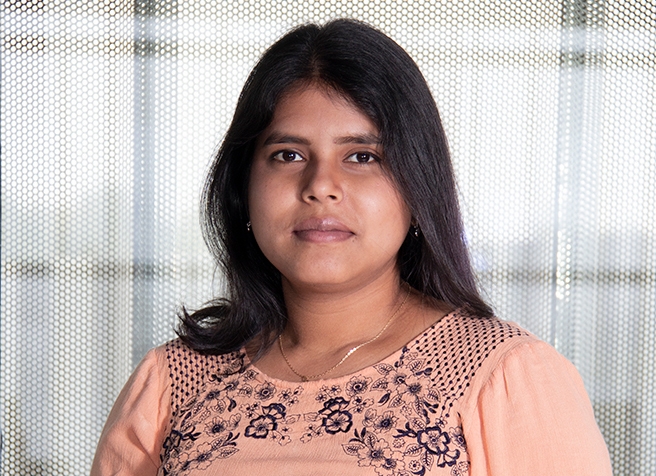 Tandra Panja has joined as a Pre-doctoral research fellow at CIC energiGUNE from May 2017 onwards. Her research work is related towards the synthesis and characterization of carbons with tailored porosity and its composite materials with potential application as electrodes for Supercapacitors. She received her master’s degree from Korea University, South Korea in Material Chemistry in February, 2015. She was granted with a Scholarship C by Korea University. Later, she has worked as a Researcher in DGIST (Daegu Gyeongbuk Institute of Science and Technology), S. Korea from March 2015 to August 2016. During this period, her research activity was focused on the synthesis of various ordered mesoporous carbon and metal oxide-carbon composites for applications of energy storage devices such as supercapacitors, Li-ion battery etc. She is currently working within a group of Cells and Electrochemical Testing and in the area of Electrochemical Energy Storage at CIC energiGUNE.